lawyer for more than 37 years

Lawrence Rothbart (Larry), a lawyer for more than 37 years, is a solo practitioner who concentrates on Matrimonial and Family Law practicing in the realms of Collaborative Practice, mediation and adversarial practice. He was previously employed by the New York State Supreme Court, Appellate Division, Second Department as a Law Assistant Attorney from August 1981 through May 1985. In May 1985 he became a New York State Assistant Attorney General assigned to the Litigation Bureau. Larry served in that position until May 1987 when he became the Law Secretary to a justice of the New York State Supreme Court sitting in Kings County assigned to the Matrimonial Part. He was appointed a Special Referee in Kings County in September 1995. Larry remained assigned to the Matrimonial Part as a Special Referee and Law Secretary until June 2003. He became “Of Counsel” to the firm of Cohen Goldstein Silpe, LLP a firm focused on Family and Matrimonial Law in September of 2003 and was at Cohen Goldstein Silpe, LLP through October of 2007 at which point he opened his own office with its multiple approaches to dispute resolution.

Larry is a graduate of New York University School of Law and Brandeis University. He has lectured at CLE accredited courses in matrimonial and family law and at colleges and was the principal author of the Association of the Bar of the City of New York, Committee on Matrimonial Law Report, “The case for Amending the NYS Domestic Relations Law to Permit No Fault Divorces” as well as a delegate to the XII International Congress on Family Law held in Havana, Cuba. 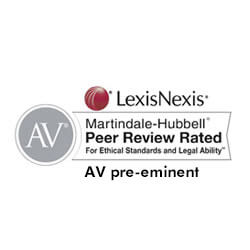